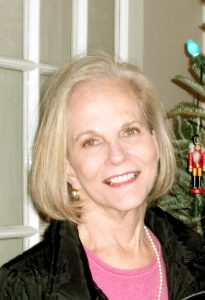 Lynn Mayes received her B.A. in Fine Art from Vanderbilt University in Nashville, TN. She studied with Phillip Lawrence Sherrod at the Art Students League in New York, and several studio artists at the Arrowmont School in Gatlinburg, TN. She spent two summers on the island of Samos, Greece studying with Yannis Ziogas at the Art School of the Aegean. Her early work included landscapes and figures in oils; more recently she has turned to abstract painting in acrylics. She has sold more than 700 paintings in festival, gallery sales, and group or solo exhibits.

“I paint feelings and emotions drawn from my imagination. The painting evolves over time and develops its own identity. Releasing control of the process is critical yet the hardest step in creating the painting. Sometimes failure turns into uncharted and exciting water.” Lynn Mayes